Some of these are photos of caterpillars that I “raised”, in safety from predators. Others are ones I just found in my yard. Click on a thumbnail to see the full size picture and description. Once there, you may click one of the arrows to navigate to the next photo, or press “escape” to return.

This Cloudless Sulphur caterpillar was pretty much ready to go into chrysalis when I found her. After eating for couple of days, she crawled up the colander covering her “home” and made a chrysalis. After about two and a half weeks, she emerged! In two of the pictures she is still clinging to the empty chrysalis while her wings dry. Last picture is seconds before she flew away. 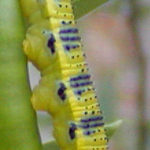 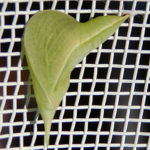 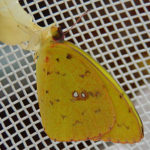 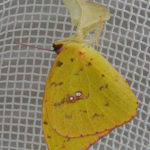 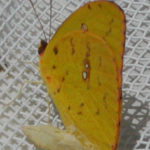 I brought this little guy in when it was tiny, about half an inch long. It grew quickly, and went successfully into chrysalis. It came out of chrysalis on a chilly fall day. I put it out late in the afternoon on some white lantana which the Sleepy Oranges love. When I checked on it the next morning, it was still in the same place. I thought it was dead. I picked it up and was deciding how best to open it to take a picture of the inside of the wings, when after a minute or so the warmth from my hand revived it! I put it on some flowers in the sun, and saw it flying around later in the day. The inside wing color was an intense vivid orange, similar to the color of traffic cones. I wish I could have gotten a picture. 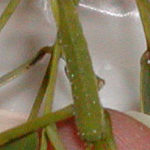 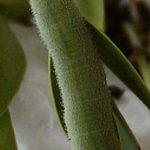 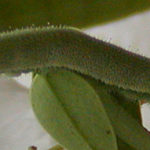 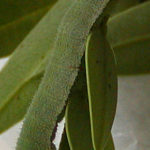 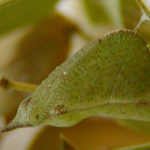 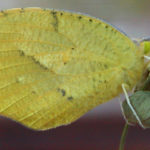 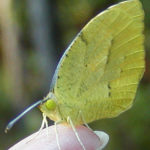 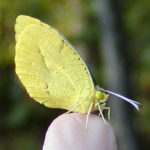 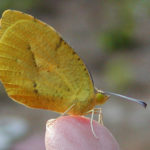 I found this buckeye caterpillar on my diascia, which is a cousin of the snapdragon. It went through a couple of instars then “J’d” up and made its chrysalis. It eclosed successfully and flew off. 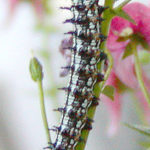 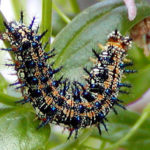 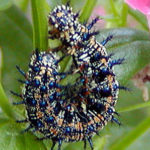 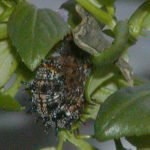 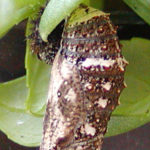 These little guys all came on the Passiflora incarnata I got at Meadowbrook Nursery (formerly We-Du). 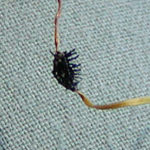 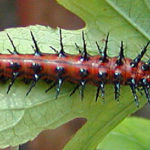 I found 5 of these on my pansies in late fall. I brought them and their pansies in on the screen porch, but once the weather got too cold they all died. The second picture is not great except on the right side it shows really good detail on the bristles. 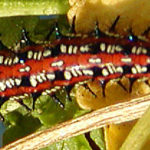 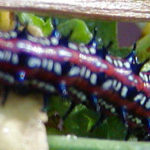 This little guy was trucking full speed across the pine straw when I saw it. They can really move! Their tents are ugly, but they don’t do much damage and they are food for Blue Jays, Yellow-Billed Cuckoos, and Black-Billed Cuckoos, so I just ignore them. 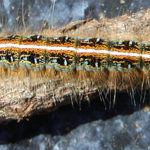 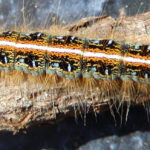 Some varieties of Swallowtails have caterpillars with distinctive “eye spot” markings like this one. I don’t exactly what variety, or what instar, this one is but it is quite striking! 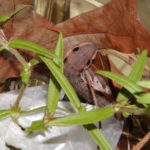 I found this guy eating Poor Joe Weed in my yard. I brought it in to try to help it reach adulthood, but unfortunately I was too late. It ate for a few days, then burrowed down into the “ground” I had supplied, but it had been parasitized by flies or wasps and died. I have included pictures of its food plant, Poor Joe (Diodia teres). 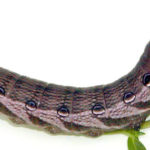 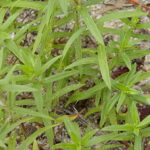 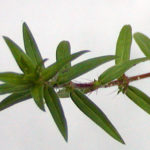 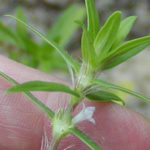 All photos copyright Ann Kinsinger. If you would like to use any of my photos, please contact me for permission at annkinsc@gmail.com